Vladimir Pavlovich Maksakovsky was born on 4 July, 1924, in Moscow. He is an educator and economico-geographer. A corresponding member of the USSR Academy of Pedagogic Sciences (since 1982). A full member of the Russian Academy of Education (since 1992), resident of the General Secondary Education Department. He participated in the Great Patriotic War of 1941-1945 as a volunteer in the 21st Division of the Volunteer Corps), rewarded with the 2nd degree Patriotic War Order and 17 medals.

He graduated fr om the Geography Department of Moscow University (1945-1950), wh ere he was the secretary at the Komsomol organization and a Stalin scholarship holder. After graduation, he was recommended for post-graduate courses which he attended under professor I.A. Vitver and professor I.M. Maergoyz’s guidance. He passed his candidate defense at Moscow State University in 1955. He is an author of the lyrics of the Geography Department’s anthem.

V.P. Maksakovsky is one of the most prominent Russian economico-geographers, adheres to the school of N.N. Baransky and I.A. Vitver. His main concerns are: theory of geography and methods of its teaching in secondary and high school, geography of the world economy, European geography, global geographic division of labour, global human problems, historical geography. He is an author of 650 publications in 1500 sheets, including over 50 books and booklets.

Maksakovsky is a member of the Editorial Board of the journals “Geography at School” and “Geography and Ecology at 21st Century School”. He is Honorary Professor of Moscow Pedagogical State University (since 2004) and Ryazan Pedagogical University (2008). Honorary member of the Russian Geographical Society (2004), Geographical Societies of Czechoslovakia (1985) and Bulgaria (1989), Committee on Geographical Education of the International Geographical Union (1992), a full member of the USA National Geographic Society. The winner of the USSR State Prize of 1977 for his geographo-ethnographic series “Countries and Peoples” in 20 volumes. The winner of the Russian Federation President’s Prize in Education of 1996 for his academic geography course for the 10th form and of the Russian Federation Prize in Education of 2008 for a set of educational and reference editions for higher professional education. He is rewarded with N.K. Krupskaya’s medal, a golden medal of the Russian Academy of Education, and with a sign “The Overachiever of the USSR Education”. He prepared 28 people for a candidate’s degree, some of them later becoming Ph.D. and academicians at the Russian Academy of Education. 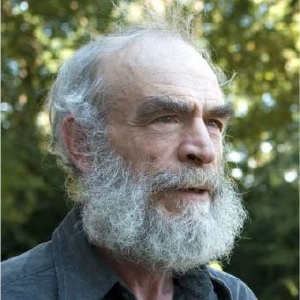 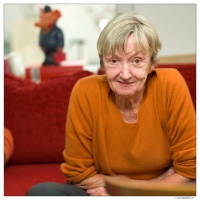